Dear Brothers and Sisters in the faith,

Christ Died for the Weak ~ and Rose Again ~ for ALL!

Verse 6 in the above passage says it all. “While we were still weak, at the right time Christ died for the ungodly.” This word “weak” in the Greek conjures up the image of someone who is sick. The word describes someone who is frail, someone who is helpless, someone who is so weak they are not even able to raise an arm to care for themselves. The image is almost like that of someone who is on their deathbed. That is quite different from a “righteous” person; who might be deemed “worthy” of dying for.
That is quite different from a “good” person; whose kindness in the world might warrant their being saved. No, all of these pictures of “good” and “righteous” people are thrown out the window when it comes to our being saved in Christ. Jesus came to die for the sick, the frail, people so weak they can’t even raise an arm to care for themselves.

The image is stark: a deathbed, with a person so frail, so sickly, that they are moments away from dying. That is us. Jesus could have found such more “noble” people to save; people much cleaner, much healthier, much wealthier. Instead, Jesus chose us! Jesus chose to save us when we are at our lowest in life; literally at death’s door. As Christians, we can so easily forget how it is we have been saved, how it is we have such hope, how it is we have the Holy Spirit; it all happened because of Jesus’ mercy shown to you at the darkest moment of your life. All this because at just the right time, while we were still weak, Christ died for us, the ungodly. 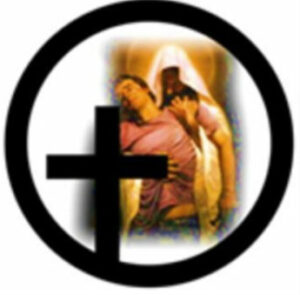 Chief of sinners though I be, Jesus shed His blood for me. Died that I might live on high, Lived that I might never die.
As the branch is to the vine, I am His and He is mine.
(“Chief of Sinners” LSB 611, s1)